Fexco has marked its 10-year role working with Qantas and Jetstar with a presentation to Qantas CEO Alan Joyce, representing the continued teamwork and success of the partnership.

Fexco, a world leader in FinTech, payments and business solutions, has been providing its flagship Dynamic Currency Conversion (DCC) services to Jetstar and Qantas since 2007.

The presentation of the engraved Currach marks a great Irish exporting success story which saw Fexco launch services with Jetstar when Alan Joyce was CEO of the Melbourne based carrier back in 2007. Both Jetstar and Alan Joyce quickly grew to bigger things and Jetstar’s cross-border online ticket sales, where Fexco’s DCC service allows overseas customers the ability to pay in their own currency, now exceeds that of the parent Qantas brand.

Soon after the launch with Jetstar, Fexco began offering its services on Qantas.com. Fexco recently completed a multi-year renewal which saw an expansion of its services to the Jetstar Japan brand and continuous expansion of the currencies supported.

“We’re delighted to mark this tremendous milestone in our relationship with the Qantas Group. During these 10 very successful years we have helped millions of Qantas and Jetstar customers transact in their own currency offering greater levels of customer service, choice and transparency when buying their airline ticket online and delivering a consistent ancillary revenue stream for the airlines online distribution channel.

In addition to its work with Qantas, Fexco is also the joint owner (with Japan’s Nippon Kanzai) of PICA Group, a leading property services provider in Australia with over 700 staff and 30 branches.”

“This Enterprise Ireland organised trade mission to Australia and New Zealand provides an excellent opportunity for us to grow our business relationships in the region where Fexco is joint owner of PICA Group, one of the largest property services providers in the country.”

Fexco operates in 29 countries and employs 2,300 people. The company’s head office is in Killorglin, Co. Kerry. 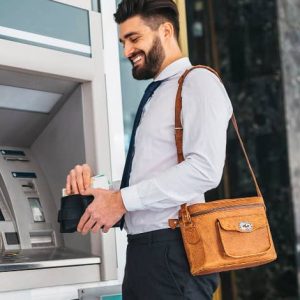 Fexco to attend ATMIA US conference in Las Vegas

5 ways to improve your guest experience during COVID-19

The impact of COVID-19 presents many challenges for the hotel industry and opportunities abound for those that can...