Tokyo took centre stage at the end of August as Rio de Janeiro passed the Olympic flag to the 2020 host city. In keeping with tradition, the future hosts were afforded the opportunity to showcase their country and provide a sneak preview of their Olympic plans – and Japan certainly put on a show.

In a video presentation broadcast to billions, iconic images of Japan’s Tokyo Tower, Tokyo Bay Bridge and the cherry blossoms were projected across the arena, while performances from Olympic athletes were interspersed with appearances from famous anime and video game characters including Pac Man, Hello Kitty and the beloved Doraemon cat. The pinnacle of the performance was reached, however, when Japanese Prime Minister, Shinzō Abe emerged from the stadium dressed as Super Mario, before the stunning spectacle culminated in the unveiling of the 2020 Olympic Games logo.

Of course, 2020 won’t be the first Olympic Games held in Tokyo. In 1964, Japan made history by becoming the first Asian country to host the Olympic Games, and in keeping with this theme, used the opportunity to unveil the Shinkansen, the world’s first high speed train. In their 2020 Olympic Game bid, the city was described as “peaceful, reliable, safe and stable” and the nation was once again awarded the honour of hosting the Games on the premise that Tokyo would be presented as a model of efficiency.

As a country renowned for technology, Japan hopes to, once again, use the Olympic Games as a platform to debut some exciting technological advancements. Looking for an eco-friendly method of travelling to the Olympics? Japan is aiming to lower carbon emissions by 70% through using algae as a fuel source for airlines and buses. Similarly, the city anticipates using Hydrogen energy to power the Olympic village and cell-fuelled buses and cars to transport athletes and members of press. Visitors can navigate through Tokyo by using their smart phone to summon a robot taxi, while an army of robots will be available to assist with directions and translation requirements. Don’t have time to interact with a robot? Simply don a lanyard or download an app to experience real-time, instant language translation. And if you’re in a hurry, look no further than the superspeed Maglev train which, if tests are anything to go by, will be the fastest train in the world with the ability to travel at 601 km/h.

A Model of Efficiency

The Japanese word ‘Omotenashi’ meaning ‘selfless hospitality’, is the cornerstone of Japanese culture and a standard by which the Japanese appraise the country’s hospitality industry. Seen through their tremendous Olympic Game efforts, the Japanese place guests to the country on a pedestal, and consider it a privilege to welcome a visitor and attend to their needs.

Omotenashi will certainly be in wide supply over the next 4 years as the nation strives towards its goal of drawing 40 million tourists to Japan by 2020, an ambitious aim set by Prime Minister Abe and the Japan National Tourism Organization. This revised target is a key pillar of Abe’s growth strategy, fondly entitled, ‘Abenomics’ and was increased from 20 to 40 million at the beginning of the year following a record breaking 19.73 million overseas visits to the country in 2015.

In preparing for this prospective influx of visitors, Japan is renovating 3 stations on its Tokyo rail network, debuting spacious taxis and even planning a manmade meteor shower to descend upon the city at the Opening Ceremony. Further enhancements include the revision of 70 public symbols and the creation of 40 new symbols to increase the accessibility of the city for foreign visitors such as icons to indicate WiFi hotspots or ATM machines.

While tourists may be looking for ATMs, Japan continues to remain a largely cash-based society. For its inhabitants, carrying hundreds of euros of yen in their wallet is a typical occurrence and shop assistants are accustomed to exchanging a ¥10,000 note for a small item. For tourists, however, carrying a large sum of cash may be both inconvenient and worrisome, no matter the safe reputation of the city. As tourism increases, Japan may find that a significant focus will be placed on credit and debit card acceptance and fortunately, a simple and convenient strategy exists to further increase omotenashi for international cardholders.

Fexco is the global market leader in the provision of Dynamic Currency Conversion (DCC), a convenient service which offers international debit or credit cardholders the choice to pay for goods and service in their home currency. Upon entering their card at the point of sale, international cardholders are automatically presented with the cost of their goods in a familiar currency, a solution which provides cardholders with certainty and peace of mind.

A solution aligned with anticipated visitor volumes to Japan, this value added service enables international cardholders to better determine the value of their transactions. The key customer benefits of DCC include increased cardholder convenience and choice, exchange rate transparency, and clarity in terms of the amount they have paid in their home currency.

Fexco already operates successfully today in Japan and continues to see significant growth and opportunity. If your business caters to visitors from abroad, DCC can enable you to ‘bring home the gold’ while providing superior customer service across a range of channels including point of sale and ATM.

If you’d like more information on how DCC can benefit your business, contact us today and ask about our suite of Dynamic Currency Conversion (DCC) products.

If retail giants such as Amazon and Starbucks are to be believed, we are headed towards a cashless society. They are...

ATMs are facing a fork in the road. From maintenance costs to dwindling usage, the familiar high street cash machine... 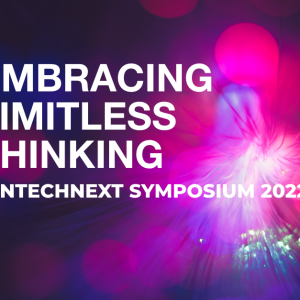 The FINTECHNEXT International Symposium 2022, taking place on Friday 25th March from 9.15am to 1.30pm entitled... 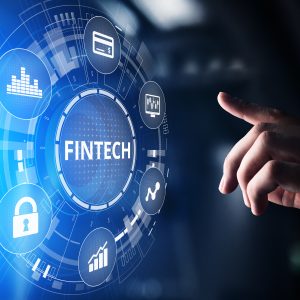 Over the past few years, the Financial Technology or ‘FinTech’ industry has seen an explosion of activity. Laura...